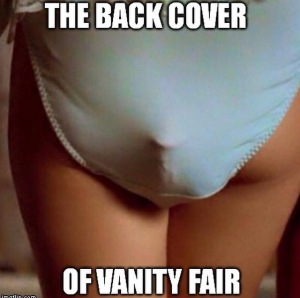 I hate hypocrites. Oh. Caitlyn is so beautiful. Oh, Caitlyn is so brave. Now I hope you’re ready for it! Because 98% of you are hypocrites. Ok, maybe not all of you. Most of you. Do you have a Transgender blog? Do you post about it regularly? Do you post pics in your news feed regularly? Do you go to fundraisers and benefits for Transgender people’s rights?

Cause I bet you a million dollars. If you dropped you kid off at a new school and his teacher was a transgender male you would freak out. If they started putting just any no name transgender models on the covers of magazines. There would be fucking riots, like in Baltimore!

The statistics are available. And transgender is not exactly mainstream.

Bruce Jenner comes “out” and he’s on the cover of Vanity Fair?! And everyone thinks he beautiful?! Give me a fucking break! I can dress Howard Stern up as a woman and you’d say the same thing!! She is photoshopped, Surgery shopped, she/he had his Adam’s apple shaven down. Tits installed, his dick chopped off. And still looks like a 68-year-old man dressed like a woman. Why doesn’t everyone just call a spade a spade. Chaz Bono came out. Where were you then? She wasn’t brave?! She only made it to the cover of Star magazine and the tabloids.

None of this sets a precedent. All this does is perpetuate that this universe has managed to take humanity to a full on psycho status. The world has morphed to “men in black” movie status. It’s warped. Yes, it’s ok to be born a MAN, to father 6 children, and  live a full life.  But IMO, at age 68 decide you want tits and lipstick? Not ok.

Calm your tits! I am NOT saying I don’t support transgender people. I actually do. If someone isn’t comfortable in their skin….Do what you want. You wanna be gay or lesbian. Go! Prosper. I have NO PROBLEM AT ALL!  IF one of my kids wants to “convert”. I support them a million percent.

All I’m saying (besides it still being creepy as fuck) is stop exploiting the poor bastard. And glorifying it. Let him do his fucking thing. One thing is for sure, I promise you he’s not a fucking supermodel! He wasn’t attractive as a man. And he sure as shit ain’t as a woman. No Christy Brinkley here!

I also think after 68 years of feeling trapped. Sorry, bud. You’re stuck! Why the fuck you gotta fuck everyone else up! I think what he’s done is not brave at all. I think it’s selfish. But that’s just my stupid supportive non-judgmental opinion.